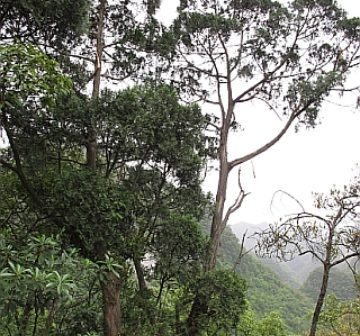 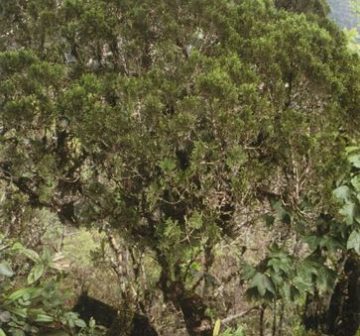 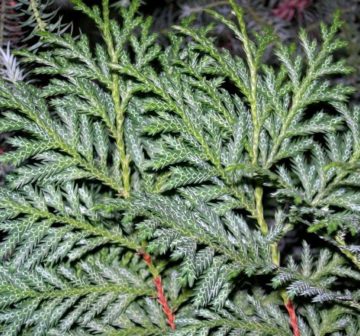 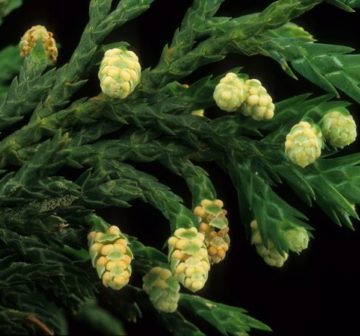 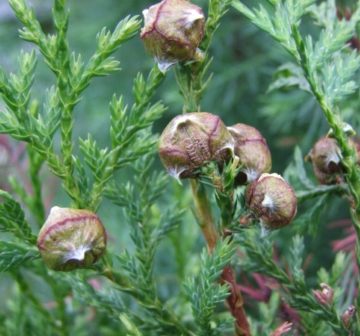 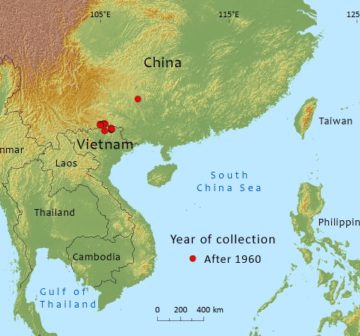 Xanthocyparis vietnamensis was first discovered in northern Hagiang Province in Việt Nam. Subsequent surveys have since found small subpopulations in Bac Me, Cao Bang and Tuyen Quang. A small population has also recently been reported from Mulun National Nature Reserve in the karst area of northern Guangxi, China. Throughout its range, this species is restricted to the upper limits of rugged limestone karst mountains. Its actual area of occupancy is likely to be very small and subpopulations are highly fragmented.

A small tree less than 15m tall that is restricted to the upper 50m of the higher limestone karst areas in at least three provinces in Việt Nam and one in China. Its altitudinal range in Việt Nam is from 1000-1600 metres above sea level. It is associated with several other conifers such as Pseudotsuga sinensis, Calocedrus rupestris, Amentotaxus yunnanensis, Taxus chinensis, Tsuga chinensis, Fokienia hodginsii, Pinus kwangtungensis (on the IUCN Redlist this taxon is regarded as a synonym of Pinus fenzeliana) and Nageia fleuryi.  Orchids are a highly diverse constituent of the ground flora. Average rainfall is estimated to be around 2400 mm per year although an almost constant cloud cover may make this an underestimate.

A limited amount of local use for house construction and furniture has been recorded in Việt Nam.

Endangered B2ab(iii,v)
Xanthocyparis vietnamensis was initially assessed as Critically Endangered on the basis that it was only known from a single location with an estimated area of occupancy less than 10km2 and a decline due to selective felling. Additional, recently recorded locations mean that it no longer qualifies for listing as Critically Endangered and has therefore been downlisted to Endangered.  Selective felling is the most direct current threat, especially given that the total known population is small. Indirect threats include fires spreading into the upper slopes of the karst mountains as valleys are cleared for cultivation, acid rain from nearby heavily industrialised areas in China may also be having an impact, particularly in winter when the dominant winds come from the northeast.

Data deficient DD
A single small population (ca 18-20 trees) has been located in the limestone karst areas in the Mulun National Nature Reserve. Until more information is available its conservation status in China has to be Data Deficient.

Some of the stands are within Nature Reserves such as Bat Dai Son and Na Hang nature reserves. Additionally X. vietnamensis  was added to Group IA of the National List of Rare and Precious Flora and Fauna soon after it was described. This prohibits any commercial exploitation in Việt Nam. An ex-situ conservation programme has been initiated and some restoration work undertaken in the Bat Dai Son area. In China, further surveys are required to establish the extent of its distribution and size of population.