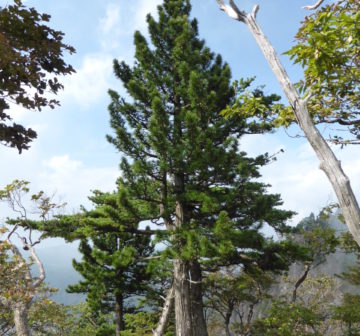 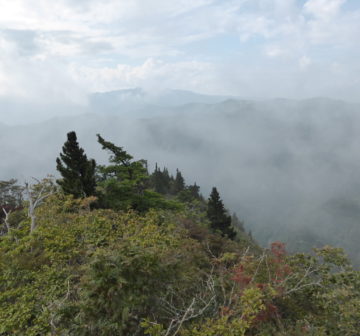 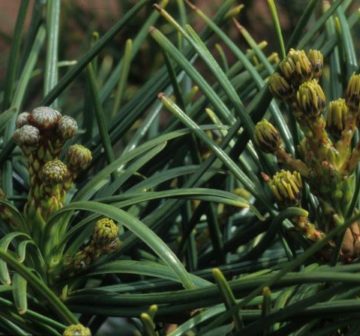 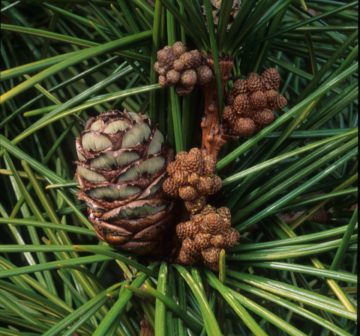 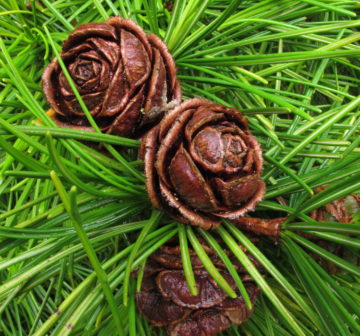 Endemic to Japan: occurring on Honshu (Aichi, Fukushima, Hiroshima, Kyoto, Nagano, Nara, Okayama, Wakayama), Shikoku, Kyushu (Myazaki). It is most abundant on the island of Shikoku, on the Nara Peninsula and in the mountains NE of Nagoya (both in Honshu).

Locally common in mixed conifer-angiosperm forests, with Chamaecyparis obtusa, C. pisifera, Tsuga sieboldii, Abies firma, Pinus parviflora, and angiosperms such as Aesculus turbinata, Magnolia obovata, Acanthopanax spp., Cercidiphyllum japonicum, and Acer rufinerve. In dense forest usually only ferns, mosses and liverworts grow under the trees, but in some localities shade tolerant shrubs and small trees such as Ilex sugeroki and Skimmia japonica can thrive. Sciadopitys occurs as solitary trees as well as in small 'groves' or more or less pure stands, reflecting events of recruitment and subsequent successional stages in the forest. This conifer is most commonly found in rocky, cool and moist ravines and valleys in mountainous areas, at altitudes between 200 m and 1700 m above sea level.

The durable wood of this species is used for construction purposes and to a limited extent for boat building and certain kinds of furniture. The fibrous bark was formerly used for caulking boats (oakum). Its most valuable commercial use is undoubtedly in the horticultural industry, as it is a popular planted tree in Japan and (more limited) in Europe and the USA. Apparently it was not introduced in China, as were a few other Japanese conifers such as Cryptomeria japonica. The Dutch, who were the only Europeans allowed to trade with Japan, brought it to Java early in the nineteenth century; it arrived successfully in England and the Netherlands in 1861. A small number of cultivars with dwarfed growth, variegated foliage and/or pendulous branches has been developed but these are rarely planted. Some of these seem to scarcely differ from the species

Although having suffered a decline mainly in its outlying subpopulations, it is estimated that this has not exceeded 20% of the total population of mature trees. Its extent of occurrence is in excess of 20,000 km² but its area of occupancy could not be estimated for lack of data. It does not meet the criteria under A or B for a threatened category because it is still abundant in its main areas of distribution. If reduction continues into these areas it may in future become threatened. As such it is assessed as Near Threatened as it almost qualifies for a threatened category under criteria A2d+4d.

Being a component species in mixed conifer-angiosperm forests where Chamaecyparis obtusa is commonly the dominant species, past logging and subsequent conversion to managed or planted forest, or other land uses, has restricted the occurrence of Sciadopitys in many regions. Most of the remaining stands in Honshu are now only small remnant populations and larger stands in more or less undisturbed forest are confined to Shikoku and Kyushu (Katoh 1948).