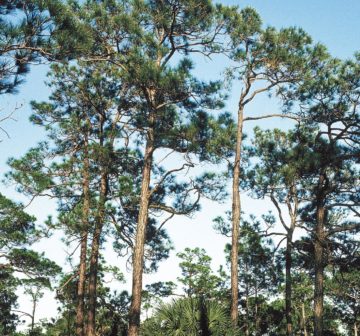 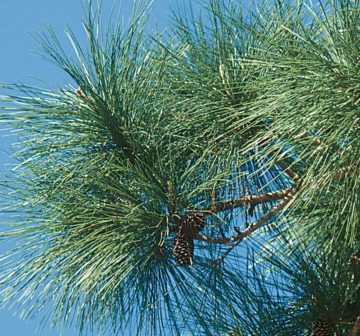 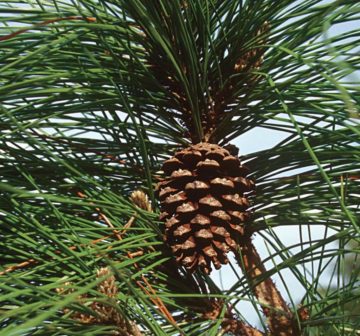 Confined to the southern part of Florida, USA, including the Florida Keys. Pine rockland, one of the main habitat types where this variety occcurs, once covered an area of over 75,000 ha but this has been reduced by 90% by residential development, fire suppression and agricultural conversion (Snyder et al. 1990 in Harley et al. 2012).

This variety grows on flatland limestone beds and, further north, in swamp areas or along streams. In the Florida Keys it occurs on almost pure coral reefs with very little or no soil development (Harley et al. 2015). Pinus elliottii var. densa develops a 'grass stage' as an adaptation to frequent ground fires. Initially, seedlings produce very little apical growth and develop an extensive root system; after fire damage new buds are formed at the apex of a very short stem near the ground. Photosynthesis is with juvenile 'grass' leaves only. After some years, a sudden apical growth elongates the stem rapidly without branching, lifting the growing points above the heat of fires. At this stage normal subapical branching begins and fascicles with adult needle leaves are formed (Harley et al. 2015).

Similar to var. elliottii further north, but of poorer growth when on extremely poor sites. Plantations using this variety have been established both in Florida and abroad. Under these managed conditions it can become a valuable and fast growing timber tree.

This variety has an area of occupancy of only 121 km² according to literature sources dating before 1990 (Burns and Honkala 1990) and is being threatened primarily by hybridization with the more northern variety elliottii due to plantation of that variety within the range of var. densa. It is, due to its smaller population size, also more vulnerable to a serious fungal pathogen. Its coastal location may also be susceptible to rising sea levels an extreme weather events. There is therefore likely to be continuous decline, but the population is not seriously fragmented (yet). Near Threatened is therefore the chosen category (it almost meets the criterion B2ab(iii) for listing as theratened).

Hybridization with var. elliottii occurs naturally in an area of Florida where the two varieties meet. However, planting and seeding of var. elliottii by foresters within the range of var. densa is very likely to lead to further erosion of genetic distinction between the two taxa.

A pathogenic fungus, Cronartium quercuum is known to have killed many trees of both varieties, but is likely to have a greater impart on the relatively small population of var. densa. Several species of oaks (Quercus) serve as intermediate hosts but are not affected. Forest management and other practises such as site fertilization increase the risk of damage and kill of trees. Rising seal levels are also likely to imapct its habitats in the Florida Keys.

Some parts of the population are within protected areas, such as Florida Keys and Everglades National Parks. It is desirable that this variety be protected in other parts of its range from being replaced by or hybridizing with var. elliottii. Fire suppression policies also need to be modified to allow for regeneration (Harley et al. 2012).