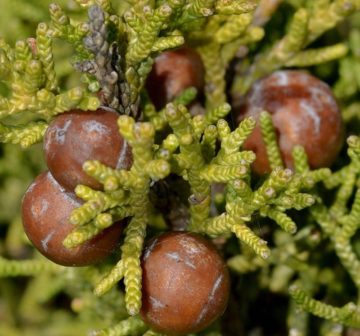 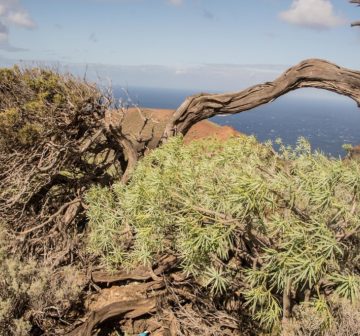 This species was formerly recognised as a subspecies of Juniperus phoenicea. Its status has changed following a series of recent range wide reviews (see bibliography)

It is mainly restricted to littoral maritime habitats, on rocks or sand dunes. It also occurs at altitudes up to 2000m a.s.l. in some mountain areas, for example in Morocco and Algeria.

No specific uses have been recorded for this species.

Juniperus turbinata is widespread but scattered, and limited mainly to the coast of the Mediterranean, where it often occurs in or close to urbanized coastal strips, where much of the habitat has been destroyed irreversibly. Rates of decline are not known, and it is uncertain if it has stopped, but it has probably slowed down. The area of occupancy is very likely small, and certainly under 2,000 km² so it would qualify for Vulnerable if decline was continuing. It is therefore assessed as Near Threatened until more information is available as it almost qualifies for a threatened listing under criterion B2ab(iii,v).

This species is present in several coastal reserves. It is listed as a vulnerable species in the Red Book of Italian plants and its various communities are included in Annex I of the Habitats Directive 92/43/EEC as a priority habitat for conservation.