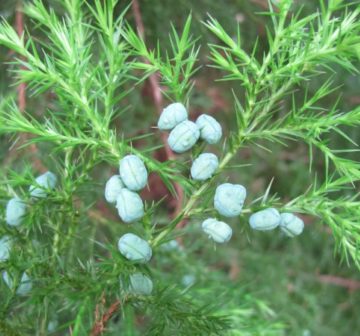 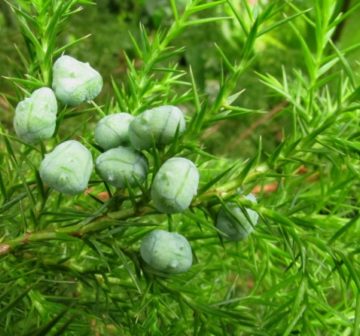 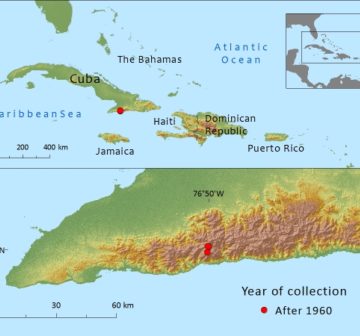 Endemic to eastern Cuba; Province: Granma: Municipio Bartolomé Masó. Restricted to three mountain peaks (Pico Cuba, Pico Real del Turquino, Pico Regino) of the Torquino massive in the Sierra Maestra. The peaks are in very close proximaty to each other (between 1–3km apart) and the total population consists of only 53 mature individuals.The extent of occurrence is calculated as 1.47km², based on recent herbarium specimens from each peak. Consequently, the area of occupancy must be less than 10km².

No current uses have been recorded. In the past it was probably used for firewood

The extent of occurrence ( EOO) has been calculated at 1.47km² which is well with the threshold of 100km² for Critically Endangered. There is a continuing decline in the area of occupancy (AOO), quality of habitat and the number of mature individuals due to fire, human disturbance and a lack of regeneration. These negative effects are expected to continue until safeguards can be put in place to stop or reverse the situation.

Over the last 30 years there has been an estimated 20% reduction of this species as a result of fire and human disturbance (tourism). Controlling fires in this remote part of the country will continue to be a problem, therefore a continuing decline in the population and quality of habitat is inevitable. One other envisaged problem is that the non-native Cupressus being grown close to the population of J. saxicola as a source of fire wood for one of the refugios, is now regenerating faster than it is being harvested. Unless this regeneration is controlled, then the Juniper may be displaced. The small population size (only 53 mature individuals) makes it susceptible to stochastic events. This is compounded by the poor regeneration.

There is clearly and urgent need to put in place measures to stop the present decline in the population and establish a long-term restoration programme. The species is easily propagated from seed and vegetative means.