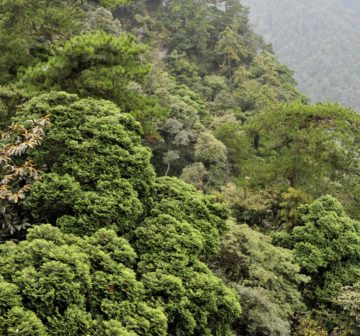 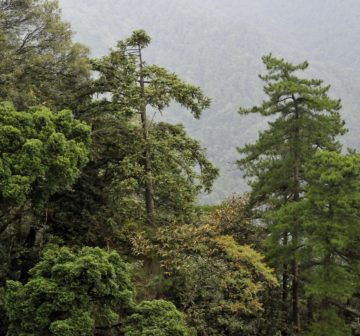 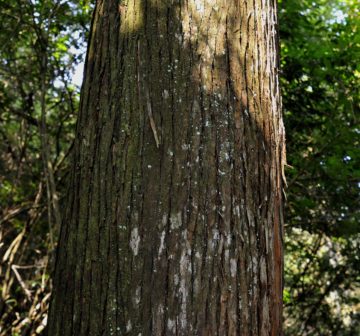 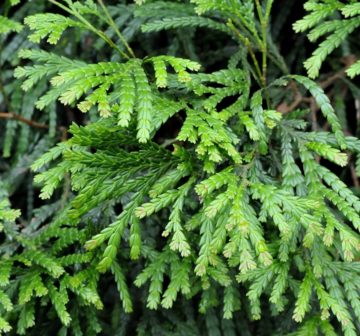 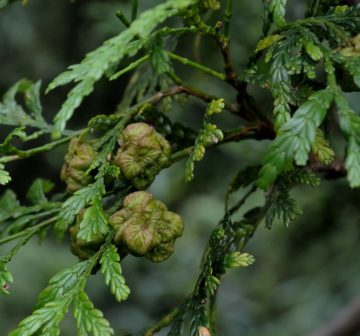 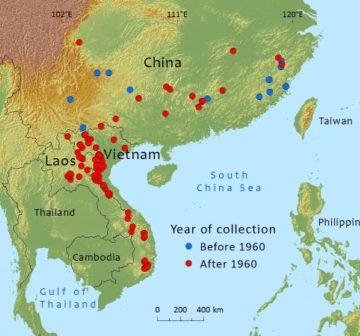 Fokienia hodginsii has an extensive distribution in the mountains of southeastern China, Lao PDR and Việt Nam.

In China it occurs as far north as southern Zhejiang and as far west as southeast Sichuan. Other provinces include Chongqing, Fujian, N Guangdong, Guangxi, Guizhou, S Hunan, W Jiangxi and SE Yunnan.

In Việt Nam and Lao PDR it occurs in the karst areas of northeast Vietnam and along almost the complete length of the Annamite Mountains that form the border between the two countries. It also occurs along the Hoang Lien Mountain range along the Red River in northen Vietnam.

In China the largest subpopulations occur in Guizhou: in other parts of its Chinese range subpopulations are rather localised and small.  In Việt Nam and Lao PDR subpopulations have been heavily exploited by legal and illegal logging over the last 50 years and are now highly fragmented and reduced in size. Decline is ongoing despite various protective measures.

Fokienia's extensive distribution includes a range of habitats and climates. Its altitudinal range is from 350 to 2300 metres above sea level: there is a generalised increase in altitude from the northern part of its range to the south. Most low altitude localities have been deforested and the majority of remaining stands occur above 1000 metres. It usually occurs in subtropical to warm temperate evergreen forests in areas of high rainfall, especially in the south in areas such as Dalat.  Soil types vary but it is most often found on acidic sandy loams although it does also occur on ridges of limestone karst formations. Associated conifer species vary depending on locality. In the Nanling Mountains in China it is associated with Nothotsuga longibracteata and Pinus kwangtungensis while in the border areas of Lao PDR and Việt Nam (Houaphan/ Nghe An) it occurs with Cunnnghamia konishii and Amentotaxus argotaenia. In BiDoup in southern Việt Nam it is associated with Pinus krempfii and Pinus dalatensis. Individual trees may reach heights of up to 40 metres and ages in excess of 1000 years. They may be locally dominant, especially on ridges or occur as scattered groups or individuals on lower slopes.

The timber of this species is durable and highly fragrant and is prized for high value furniture and craftwork as well as internal panelling in houses. In local villages it is often used for roof shingles.  The demand for the timber is the principal driver behind illegal logging, especially in Việt Nam. Some attempts have been made to establish plantations as an alternative to exploiting natural forests but the slow growth rates make it unlikely that plantation timber will supplant wild sourced timber in the near future. Fokienia has recently been used for climatic studies on the past variability in the SE Asian monsoon and Niño events. Its great longevity (ca 1500 years at least) and sensitivity to moisture makes it an ideal candidate for such studies (Buckley et al., 2010; Sano, 2008).

Vulnerable A2acd; B2ab(ii,iii,iv,v)
Over the last 40 years, Fokienia stands in Lao PDR and Việt Nam have been so heavily exploited that few, if any, stands remain that have not been at least selectively logged. Many stands have been eliminated. In China, there has also been a significant decline; low altitude forests have been converted for agriculture or forestry and other forests logged. Overall there has been a rangewide decline of at least 30%, probably more than 50%. Illegal logging is the most serious threat despite it receiving legal protection in China and Việt Nam. Even in high profile National Parks such as BiDoup Nui Ba and Chu Yang Sin, mature trees are being felled despite constant monitoring. The problem is even worse in more remote areas.

This species is present in several protected areas in China, Lao PDR and Việt Nam (e.g. Nan Ling Nature Reserve, Nakai Nam Theun National  Biodiversity Conservation Area, Hoàng Liên National Park, Bi Doup National Park near Đà Lạt). In China this is a protected species (2nd degree) while in Vietnam it is on the official List of Rare and Precious Flora and Fauna which restricts any exploitation.