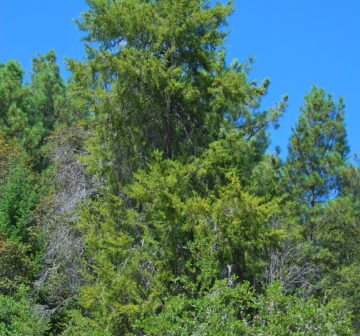 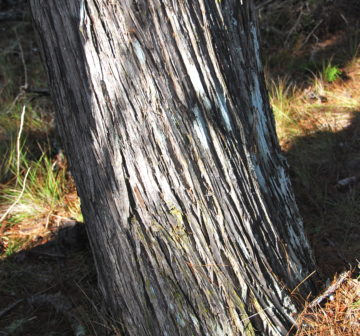 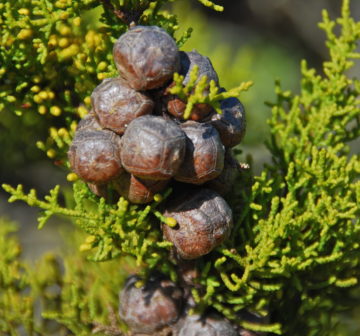 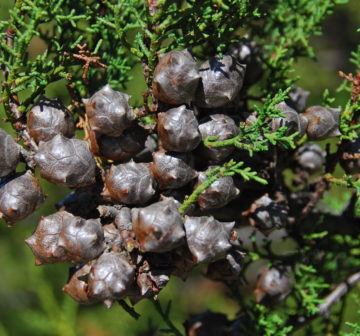 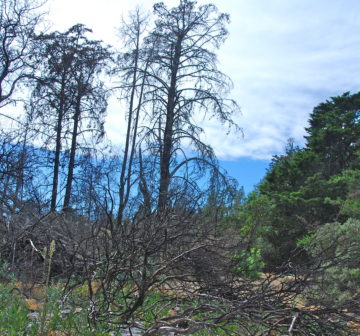 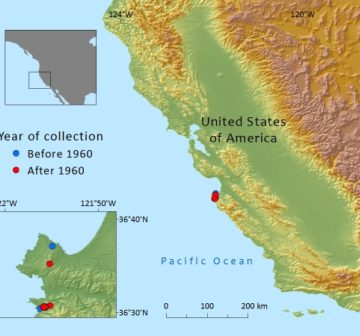 Dsitributed in the USA in the Counties of California, Mendocino, Sonoma, Santa Cruz, San Mateo and Monterey. The total population of this species probably consists of fewer than 2300 mature individuals,unless the dwarfed individuals with seed cones on the Mendocino “white plains” are also counted as such.

Occurs in chaparral, 'pine barrens', and open pine woodland with Pinus attenuata, P. contorta, P. muricata, P. ponderosa, P. radiata, Pseudotsuga menziesii, Arctostaphylos, Quercus, and Rhododendron, often in groves of up to 1000 trees or more; on sandstone outcrops, white or yellow sandy slopes, and leached, virtually sterile sandy 'hardpan', where it becomes dwarfed. The altitudinal range is from near sea level to 1200m The climate is of the Mediterranean type with dry, hot summers, but in a narrow coastal strip cooled by frequent fog, and winter rain.

Although introduced by C. T. Hartweg to England in 1848, this species soon turned out to be tender in NW Europe and its cultivation outside collections ceased. In southern Europe it is grown more widely in gardens and parks and a few cultivars are known, some with doubtful affinity to this species.

The assessment of the species as a whole is driven by that of the nominate variety (var. goveniana) as it has the greatest extent of occurrence (EOO) and area of occupancy (AOO) as well as numbers of mature individuals. This variety was assessed as Endangered under the B criterion.

Some subpopulations are either completely or partly within protected areas.