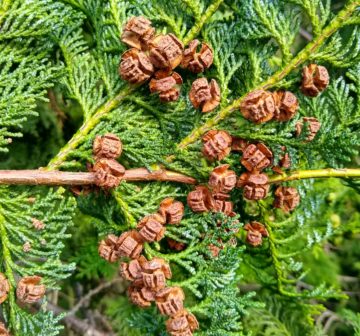 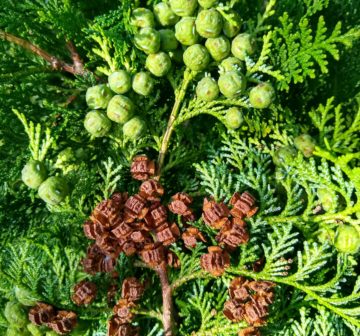 In Japan, the natural populations of the typical variety occur in southern Honshu, Shikoku and Kyushu with the most northern population in Fukushima Prefecture and the most southern on Yakushima Island. Its altitudinal range is from 100m to 2200m above sea level. Natrual forests range in size from less than one hectare to approximately 2000 hectares. Genetic studies indicate that there have been genetic bottlenecks in the past and that there has been some loss of diversity due to fragmentation and overexploitation (Matsumoto et al. 2010). Artifical plantations of this variety make up almost 10% of the total forest area in Japan.

The Taiwanese variety has a smaller distribution and is restricted to montane areas in north and central Taiwan at altitudes ranging from 1800m to 3000m above sea level.

can form extensive forests in atmospherically damp and often edaphically wet sites. Both occur in mixed conifer/angioserm forests, in which the conifers are mostly emergents and the angiosperms form lower layers of canopy.

The wood of Chamaecyparis obtusa has been used for centuries in construction of temples and other traditional buildings because of its fine quality and high durability in outdoor conditions. The Japanese have largely turned to sources outside Japan to obtain timber of related species, especially those occurring on the Pacific coast of North America. This species is among the most widely used in horticulture and numerous cultivars are in the trade