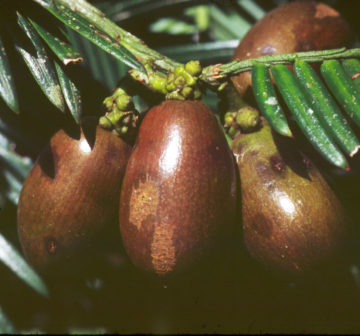 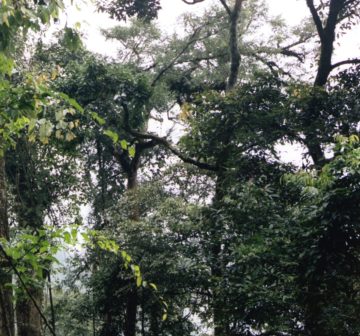 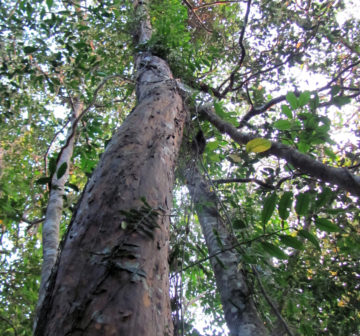 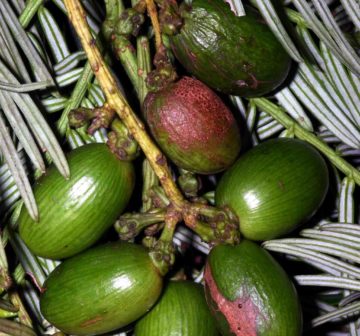 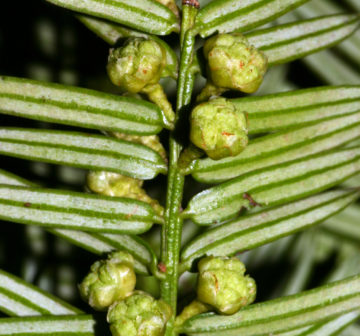 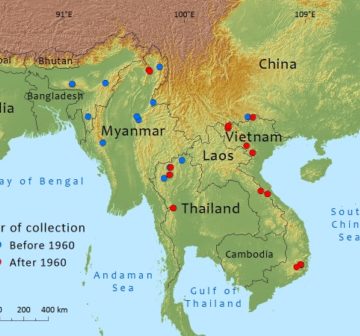 Cephalotaxus mannii has a wide but sporadic distribution in China, IndoChina and India.

In China it is very rare and recorded from a few disparate localities in four provinces: Guangdong (Xingyi), Guangxi, Yunnan and SE Xizang. It also ocurs in northern Myanmar and in Arunachal Pradesh, Megalaya (Khasi, Jaintia, Mishmi Hills and Naga Hills), and Assam (Manipur, Nagaland) in northeast India as well as in Thailand. The main subpopulations are in the Annamite Mountians in Việt Nam and Lao PDR. The Indian subpopulations in Assam are sometimes referred to as C. griffithii.

The subpopulation in China is estimated to number less than 15,500 plants, but it is not clear what proportion of these are mature individuals. In Guangdong province, only eleven trees are known, only one of which is a large tree.

This species may occur in mixed evergreen or deciduous forests with an altitudinal range from 500 to 2000 metres above sea-level. In the northern part of its range it is usually a small tree (< 20m) but in Việt Nam it may be up to 30m tall. In Thailand trees of up to 50m have been recorded. In Việt Nam and parts of China it can occur on soils derived from either silicate rocks and limestone. On the former it is often associated with Nageia wallichiana, Taxus sp., Dacrycarpus imbricatus and Podocarpus neriifolius whereas in limestone areas it is associated with Pseudotsuga sinensis, Nageia fleuryi, Pinus kwangtungensis, Podocarpus pilgeri, Taxus chinensis, Fokienia hodginsii and Amentotaxus spp.

The timber is insect resistant and used for quality furniture, fine crafts and tool handles. The seeds and bark have medicinal uses in the treatment of leukaemia and lymphoma.

Cephalotaxus mannii naturally occurs in small disjunct subpopulations. It has undergone a range-wide reduction as much of its natural habitat lie within areas that are also suitable for agriculture. Consequently, remaining subpopulations are severely fragmented. Larger trees are frequenlty targetted for their timber while others may be stripped of their bark for use in traditional medicines. There are not enough forest reserves of sufficient size and integrity to safeguard this species at present (Fu and Jin 1992, Nguyên et al., 2004). It is estimated that there has been between a 30–50% population reduction in the past three generations (150 years). The decline could even be higher than this but information is lacking from much of its range of this species.

In Việt Nam it has been recorded from more than ten protected areas including Bach Ma National Park, Ba Vi National Park, Tam Đảo National Park, Chư Mom Ray Nature Reserve and most of the protected areas in Lâm Đồng. It has also been recorded from protected areas in other parts of its range e.g. Nakai Nam Theun National Conservation Area in Lao PDR. It should be strictly protected throughout its range, and in Việt Nam where it is most threatened , propagation programmes should be established to supply material for plantation trials and to establish a living genebank. Seed storage should also be experimented with (Luu & Thomas, 2004). Rangewide studies to investigate levels of genetic variation would also be useful for its conservation.