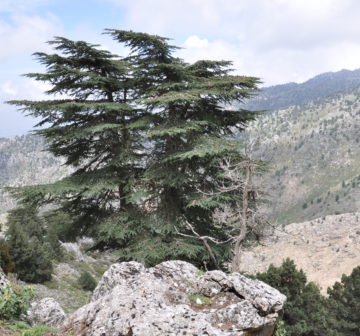 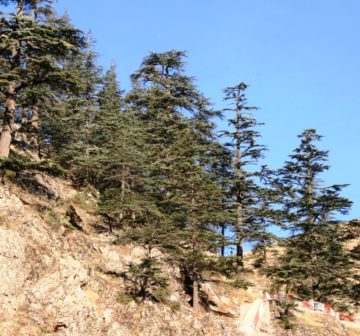 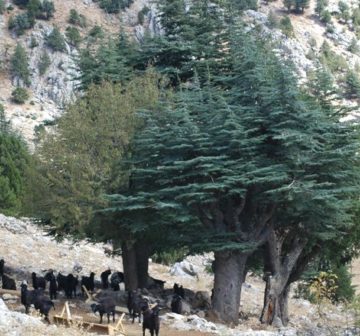 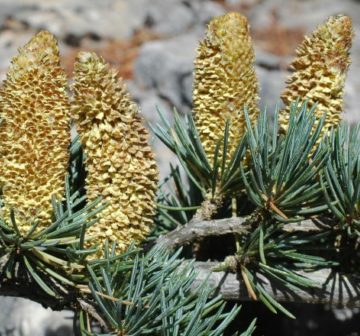 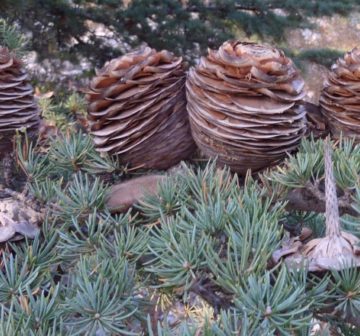 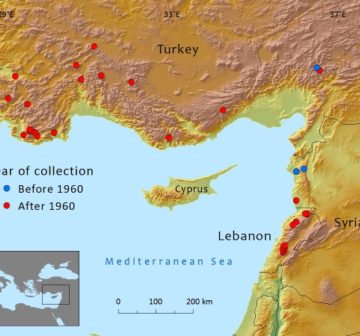 In cultivation this species can be confused with C. atlantica (natural ranges do not ovelap), which differs by having smaller seed–cones that are only up to 8cm long and the male pollen-cones are shorter, up to 4cm.

Native to the mountains adjacent to the north-eastern Mediterranean coast in Turkey, Syria and Lebanon.

In Turkey the main subpopulation runs from the western Taurus Mountains, east to the province of Hayat with two small remnant subpopulations in the Black Sea region at elevations of between 700–1,400m (Boydak 1996). It has an estimated area of occupancy of 993km² (Khuri et al, 1999). In Syria there is one reported subpopulation in the north of the country on the eastern side of Jabal an–Nusayriya. This is at an elevation of between 1,200–1,850 m and has an area of occupancy of only 1.5km² (Khouzami, 1994). In Lebanon it has a wider distribution and occurs along the Mount Lebanon chain in more or less two subpopulations; one in the south, which includes the Maaser el Shouf and in the north the important site of Horsh Ehden (Talhouk, 2001); here it has an area of occupancy of 22km² (Talhouk, 2001).

The largest stands are in southern Turkey in the Taurus Mountains where there are extensive forests occurring from Boz Mountain (Acipayam) in the west and Ahir and Nur (Amanos) mountains in the east. Its distribution continues towards the southern boundary of Inner Anatolia (Atalay & Recep, 2010). Approximately one third of these forests are in a degraded state (Boydak, 1996). In Lebanon the subpopulation is in the form of 15 fragmented stands, more than half of which have an AOO of less than 1 km2 and are in a state of severe degradation (Talhouk, 2001). In Syria the species forms isolated pockets on the crest of Djebel Ansarieh (Rolley n.s.).

Usually on north and westerly-facing slopes at elevations between 1,300 and 3,000 m, but in Turkey it can occur as low as 500 m (Atalay & Recep, 2010). Soils are well drained and usually calcareous although in Lebanon trees do occur on sandstone formations (Talhouk, 2001). The climate is of cool and moist winters with abundant snow at higher elevations. In Turkey and Lebanon it can occur in pure stands, but more often it is associated with the conifers Abies cilicica, Juniperus excelsa and J. oxycedrus. At lower elevations it is associated with Pinus nigra and Pinus brutia. Commonly associated broadleaved species include: Quercus cerris, Sorbus torminalis, & Prunus ursina (Talhouk, 2001). In Syria it occurs in a degraded mixed forest with oak, pine and fir (Khouzami,1994).

Historically, the timber was been much used for shipbuilding and for the construction of temples. In Lebanon there is a limited amount of exploitation through the demand for ornaments made from cedar wood (Khuri & Talhouk, 1999) in spite of the protection that these forests are afforded.

The area of occupancy of 1,016.5km² does not take into acount the two remnant locations in the Black Sea region of Turkey but it is assumed that these will not take the area of occupancy over the 2,000km² threshold for VU B. In total there are no more than 10 locations; two in Lebanon, one in Syria and seven in Turkey. The population is fragmented, particulary the Syrian and Lebanese subpopulations. The area of occupancy, the quality of habitat is in decline and there is a loss of mature individuals due to a range of detrimental factors including grazing by goats, urbanisation, selective cutting, pest infestation and severe damage in some of the Lebanese forests due to winter sports.

The most threatened sub-populations are those in Lebanon and Syria where there has been a long history of forest destruction. It is estimated that only 5% of the original forest in these two countries remains today (WWF and IUCN, 1994). In Lebanon there has been a recent decline in the forest in Tannourine due to the insect Cephalcia tannourinensis. The weakened trees are then attacked by two further pests which belong to the genera Ernobius and Dasineura (Talhouk, 2001). The Lebanese forests of Shouf are being debilitated by the cedar moth (Dichelia sp.). Further threats in Lebanon include urbanisation, selective felling for use in the craft industry, severe damage from the activities of winter sports and grazing by goats (Khuri & Talhouk, 1999).

Many Cedrus libani forests are in protected areas yet they still suffer from degradation. All remnant forests in Lebanon are protected. The Cedars of Bsharre, now in a World Heritage Site, are a small stand of the oldest and largest cedar specimens known (Beals, 1965). Despite laws forbidding damage to the cedar trees there is little enforcement; encroachment by housing development is a serious threat to the trees. In Turkey the testing topography of the Taurus mountains together with the forestry infrastructure have greatly aided the preservation of remnant forests (Khuri & Talhouk, 1999). Here there have also been extensive planting projects, for example between 1994 and 1996, 5,750 ha of cedar trees were planted, some of which are outside the natural range of the species (Boydak, 1996). The small fragmented stand in Syria is part of the 'Cedar-Fir Protected Area' and as such its conservation is enhanced, although seed set is low and there is evidence of insect damage to the cones (Musselman 1999). In Lebanon and Syria a more integrated and better co-ordinated approach (such as exists in Turkey) is needed. Particular attention is needed in conserving old-growth stands which will soon be lost through poor regeneration and natural death as such stands are important sources of genetic material for reforestation and habitat restoration (Khuri & Talhouk, 1999)