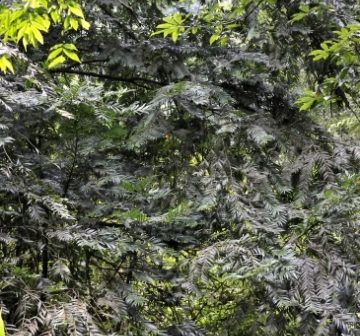 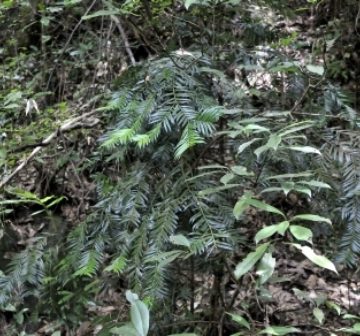 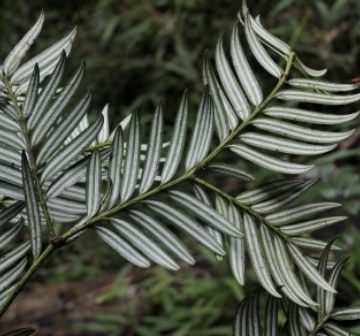 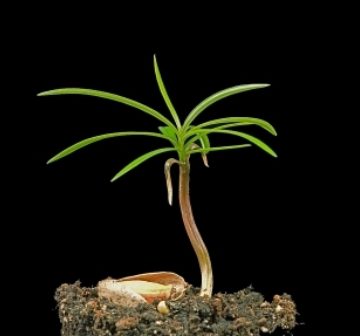 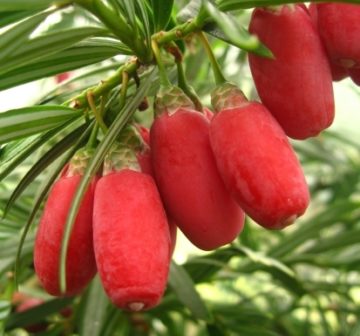 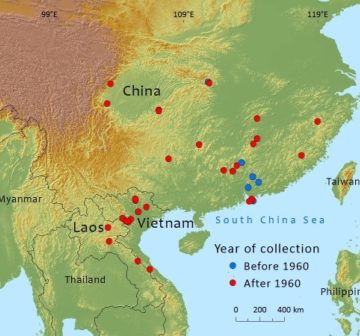 Amentotaxus argotaenia is widespread and occurs on limestone as well as sandstone, shale or granite, and in ravines, on steep slopes or cliffs, on summits and ridges and in mountain forests along shady stream banks. It usually occurs as a small tree or large shrub in the midcanopy layer. The altitudinal range is between 600 m and 1,100 m a.s.l. Associated trees and shrubs vary with the types of rock, mainly between limestone and other rocks. On limestone, it may grow with Pinus wangii s.l., Nageia spp., Podocarpus neriifolius, P. pilgeri, P. macrophyllus and Taxus chinensis. On acidic rock types it is associated with Amentotaxus yunnanensis, Cephalotaxus spp. and broad-leaved trees and shrubs (angiosperms) like Magnolia, Quercus, and Rhododendron in montane evergreen or semi-deciduous forests. In Lao PDR it has been found growing with Cunninghamia konishii and Fokienia hodginsii.

The wood is used for tool making, furniture and wood turning (handicrafts). This species is in cultivation in China and was introduced to Europe from Hong Kong; it makes an attractive foliage shrub but only grows outside in warmer regions. This (and other) species is rare in gardens due to poor availability in the horticultural trade. In China it is used as a bonzai plant. The seeds have high oil content and are surrounded by a very striking red aril. Recent investigations have been undertaken to analyse its potential for anti-cancer drugs similar to those found in Taxus

Amentotaxus argotaenia has undergone an estimated range wide reduction of 20-29%. It is therefore assessed as Near Threatened as it almost qualifies for listing in a threatened category under criterion A2cd. This assessment also applies to the typical variety (A. argotaenia var. argotaenia). Although A. argotaenia var. brevifolia has been assessed as Critically Endangered (an estimated extent of occurrence of <5 km² and a continuing decline), its very narrow distribution and small population size do not change the assessment for the species as a whole.

Despite the wide distribution of the type variety of Amentotaxus argotaenia, the species is in danger of extinction due to a similarly widespread reduction and deterioration of its habitat. The status of this widely occurring forest species is also affected by slow growth rates, infrequent regeneration, poor seed dispersal and seed predation by rats

This species is known from several protected areas.