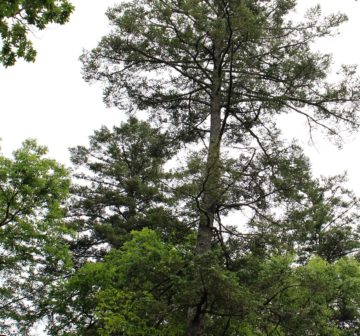 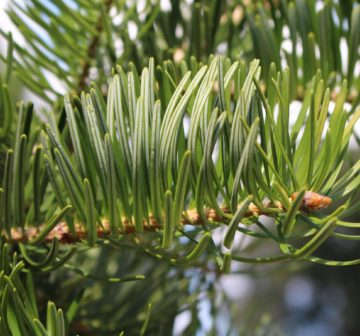 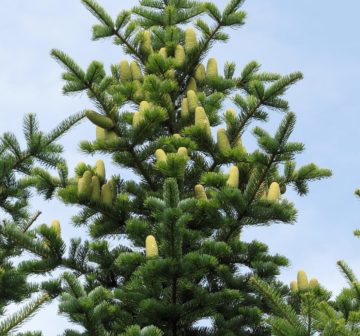 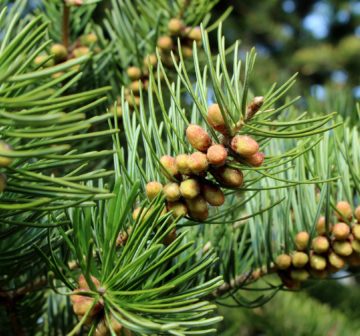 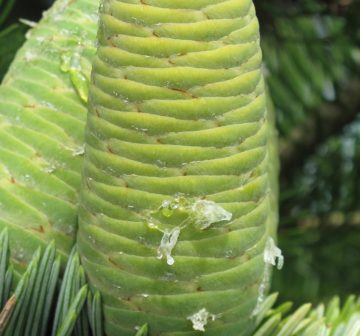 Occurs in NE Asia: from mountains N of Vladivostok (Russian Federation) to South Korea, also in Heilongjiang and Jilin provinces of China. The extent of occurrence and the area of occupancy are both beyond thethresholds of the criteria for any threatened category.

This species forms extensive forests in northeast China and Maritime Russia. The status of forests in North Korea are not known. Its range just extends into South Korea on Mount Odae.

Abies holophylla occurs in NE China in low to medium high mountains, in SE Siberia and in Korea south to Mt Odae. Its elevationalrange is from 10 m to 1,200 m a.s.l. in the north, to 500-1,500 m a.s.l. in the south of its range. It grows on lithosols of granitic origin. The climate is cold, with wet summers and arid winters with long periods of snow. At higher elevations or in the NE of its range it forms pure stands, or more commonly mixed coniferous forests with Pinus koraiensis, especially in the coastal mountains near the Sea of Japan. In other areas it is a constituent of the northern mixed coniferous deciduous forests, with Abies nephrolepis, Picea spp., Larix gmelinii (var. olgensis) and broad-leaved trees, such as Populus spp., Quercus mongolica, Fraxinus mandshurica, Ulmus spp., and Betula ermanii.

Manchurian or Needle Fir is a valuable timber tree in its native area and is exploited mainly in managed forests in much of the region. Most of its wood today is used for plywood and veneer as it is evenly grained, light and easily worked. Minor uses are for soundboards in musical instruments, boxes and sometimes for joinery. In Europe it was introduced around 1905, but, although perfectly hardy and ornamental, remains an uncommon tree mainly seen in arboreta and botanic gardens of the northern hemisphere's cooler regions.

Unrestricted logging, especially but not only in the Russian Far East has led to a decline over the last three generations. However, the extent of the decline is estimated to be less than 30%. Consequently Abies holophylla is assessed as Near Threatened (it almost qualifies as threatened under criterion A2d). A continued decline could result in a change of category at the next assessment.

Loss of habitat following extensive logging would appear to be the greatest threat, especially when forests are subjected to repeated burning after logging.

A proportion of the distribution of this species falls within protected areas, but the larger part of it is outside such reserves.