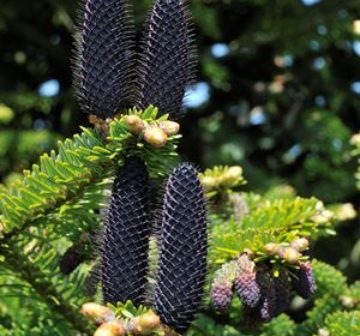 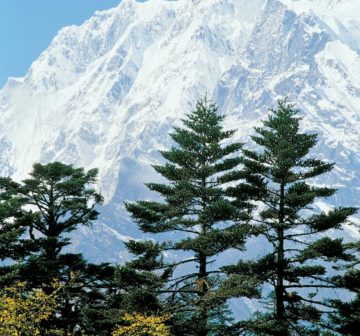 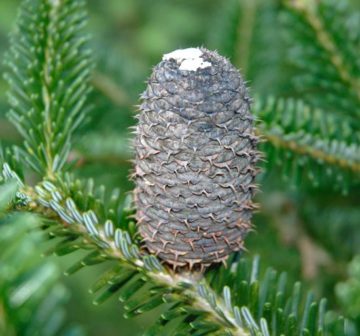 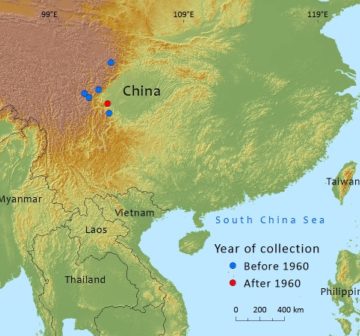 Abies fabri is distributed in south-central China in Western Sichuan

Population size is many thousands but in fragmented forests on tops or upper reaches of mountains.

The type location of Abies fabri is on Mt. Emei (Emei Shan), a mountain SW of Chengdu in Sichuan. The species occurs at elevations between 2000 and 3100 metres [K.D. Rushforth, pers. comm.; Craib (1919) has given a range between 3,000 m and 3,600 m a.s.l.] in a humid, cool climate (mean temp. in Jan. -4ºC, in July +12.6ºC, annual precipitation >2000 mm). There are some almost pure stands and scattered trees on Mt. Emei, but elsewhere in W Sichuan the species occurs mixed with Picea likiangensis, Tsuga chinensis and occasionally with Larix potaninii.

This species is not known to be a commercially important timber tree, presumably due to its restricted occurrence (protected from exploitation on the 'holy' mountain Emei Shan). Away from protected areas it may have been locally used for construction. It is uncommon in cultivation and mostly restricted to arboreta and botanic gardens.

The type locality is the Emei (Omei) Shan to the south west of Chengdu which is a protected site, as is the Erlang Shan, Wa Shan and Wawu Shan. Other forests are not in protected areas and have suffered logging over the past century. However, the populations near the Sichuan pendi, in particular, are vulnerable to acid rain from industries near Chengdu. Acid rain appears to be the most serious threat to the species, causing decline or death of trees observed on Emei shan between 1980 (KR observation) and 2009 (Qiaoping Xiang, pers.comm.).

The mountain Emei Shan is a principal ‘holy mountain’ in Chinese Buddhism, consequently this species enjoys protection from exploitation there. The Government of China has also recently imposed a logging ban in western China.