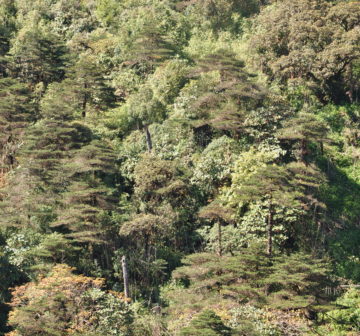 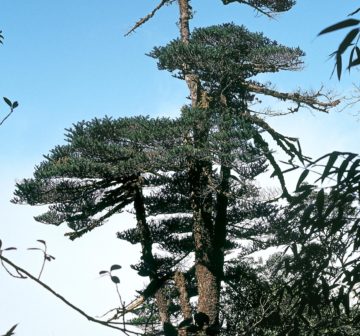 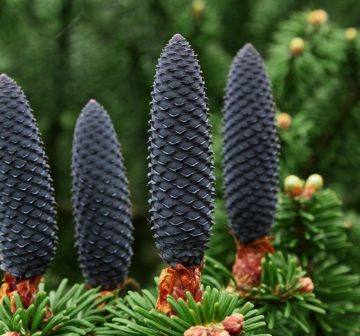 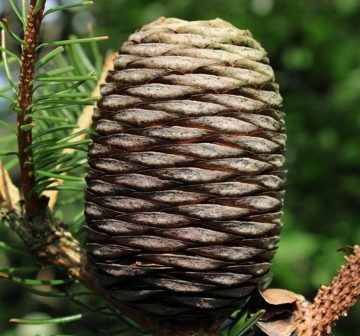 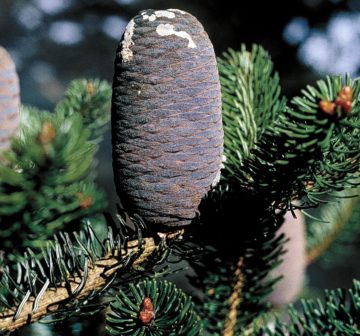 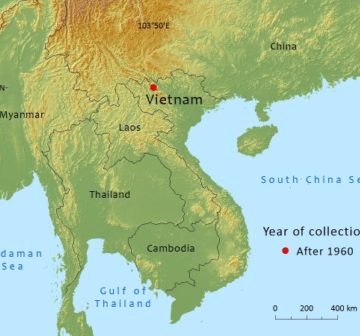 It occurs as an emergent tree in primary evergreen montane forest in a narrow altitudinal band between 2600m and 2800m. Rainfall is very high (more than 3500mm per year) with occasional snowfall. Associated taxa are a Borinda species of bamboo, Tsuga dumosa, Acer, Sorbus, Daphne and Rhododendron spp. No regeneration has been observed over the last 25 years.

Due to its very limited distribution and until recently, its inaccessible location, this subspecies has not been utilised.

The assessment of Critically Endangered is principally based on its very small area of occupancy and extent of occurrence (< 4km2). It is only known from one location and regeneration is absent. Lower parts of the stand were burnt in the 1970s and 1980s. A decline is expected to continue.

The main threats are associated with increasing tourist activities, associated infrastructure development and an increasing risk of fire. The main route to the summit passes through the forest. Logging is not considered a risk as it occurs within a relatively remote area.

The only known population occurs within the Hoàng Liên National Park.