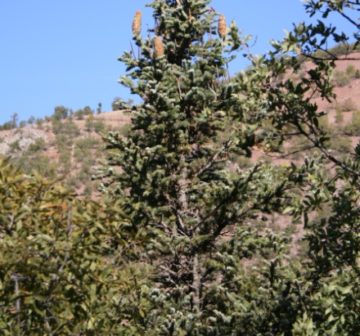 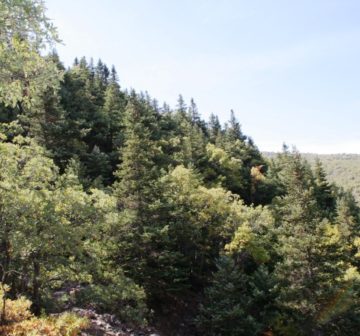 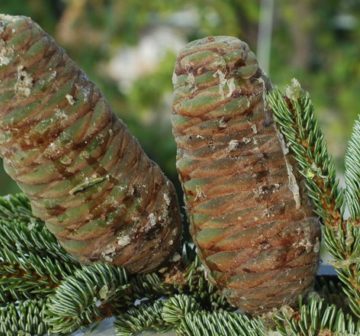 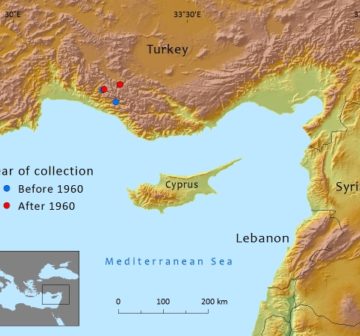 The resinous vegetative buds and the glabrous young shoots distinguish this from A. cilicica subsp. cilicica. These minor and sometimes variable differences have led some to believe that these two taxa belong to the same species.

This subspecies is endemic to south-west Turkey where it occurs in the provinces of Antalya and Konya in the Isaurian Taurus. It is estimated to occupy about 25% of the total range of Abies cilicica in Turkey and therefore the area of occupancy is estimated to be ca 850km².

It has an altitudinal range of 1000–2000m (Davis, 1965) where it can form pure forests, but it mainly occurs in mixed forests, mostly with Cedrus libani and in association with Juniperus excelsa, J. oxycedrus, Populus tremula and Quercus libani. It favours calcareous substrates which are shallow, rocky and well drained.

Abies cilicica subsp. isaurica has a limited distribution in the eastern Taurus Mountains with an estimated area of occupancy of 850km² which is within the 2000km² threshold for Vulnerable under criterion B2.  It has a single location in the Isaurian Mountains where there is an increasing threat to the forests caused by the over-grazing by feral goats; this is particularly destructive to seedlings and young shoots and impeads regeneration (McGinley, 2008). The increase of tourists visiting the Taurus Mountains is also increasing the risk of fire. There have also been reports of sudden mortality  (Carus, 2010) and a decline in the health of forests due to increased summer temperatures and reduced precipitation that has been attributed to global warming (Ozturk, 2010, pers. obs.). Some forests have a heavy infestatons of the parasitic mistletoe Viscum album subsp. abietis which has a debilitating effect on the trees.

This species is protected within the Kӧprϋlϋ Canyon National Park