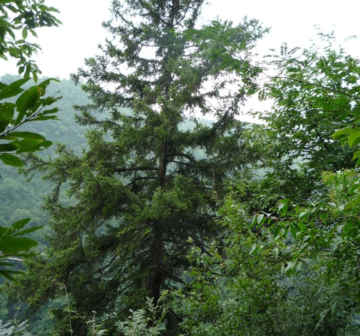 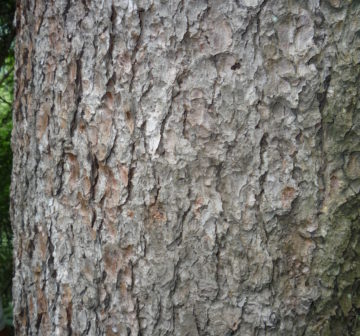 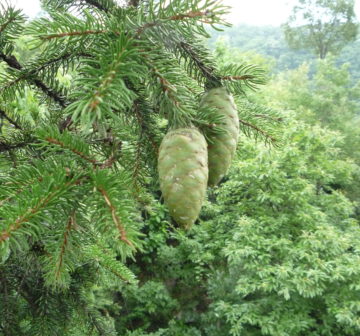 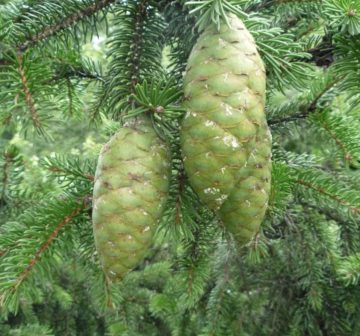 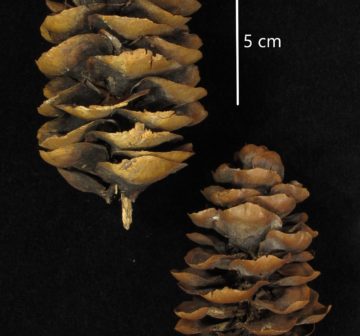 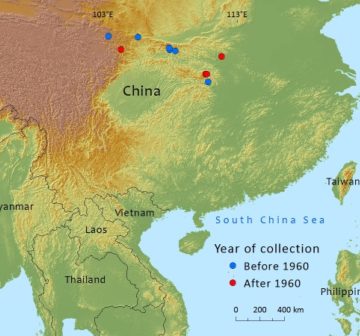 Endemic to China: NW Hubei (Shijiagou, circa 150 mature trees), S Gansu (Jiaorao village, six trees). In addition to these two locations three isolated trees with atypical cones are known from Henan (Neixiang, Huangboayuan nature reserve) while in southern Shaanxi (Huangboyuan) there are another two trees that also have atypical cones. There is also a single tree, also with atypical cones known from Laoxiancheng. It may also occur in Chongqing in the Daba Shan. The estimated area of occupancy of the confirmed stands is less than 10km² and there are two locations. The population is considered severely fragmented. The past distribution of this species has been confused with that of P. wilsonii and P. asperata so that it is difficult to be precise about the recent natural distribution.

There are 150 mature trees at Shijiagou, Hubei (where there are seedlings making a total population of circa 800 trees) and at Jiaorao village, Gansu there are another six mature trees (two of which are ca. 350 years old). Other locations in Shaanxi and Henan contain a total of six mature trees that are not typical and may represent hybrids with other Picea. These locations are excluded from this assessment. Other possible stands are excluded as the evidence strongly indicates that they have been planted.

The wood of this timber tree has been used locally. Trees were not introduced to European or American gardens and arboreta by E. H. Wilson in 1901—1910 and it is only grown at Xi’an Botanic Garden and Shanghai Chenshan Botanic Garden; here there are fewer than 10 small seedlings

The main subpopulation at Shijiagou has a good number of seedlings but is not protected and is vulnerable to fire and clearance for agriculture. The Gansu subpopulation of six trees, two of which are 350 years old, has no regeneration and the trees occur in scattered heavily farmed situations. This very restricted occurrence with inferred evidence of continuing decline coupled with a small population size where the more than 90% of the individuals occur in one subpopulation justifies an assessment of Critically Endangered under both the B and C criteria.

Both the area of occupancy and extent of occurrence declined significantly between 1950 and 1990 as many stands were clear-cut for timber. Fragmentation of remaining stands and the continued conversion of some areas for agriculture mean that the decline is continuing (Zhang et al., 2006)

Picea neoveitchii is listed as a First Class Protected Species under National Law. It has been the focus of several conservation projects over the last decade that have surveyed the remaining populations, located cultivated stands and made ex situ collections.