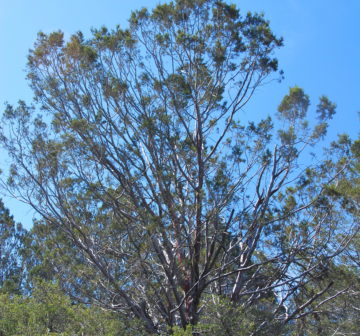 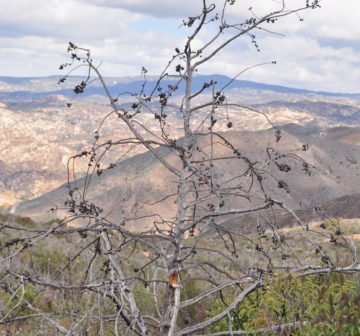 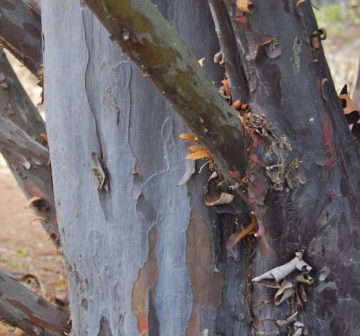 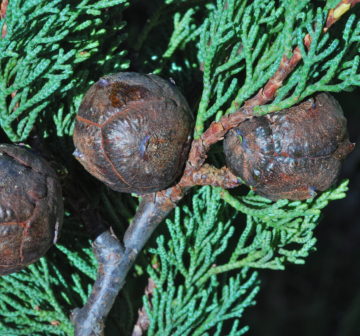 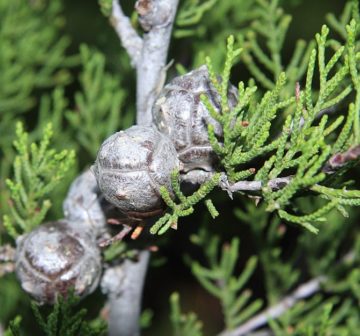 On the mainland, the population consists of >10,000 mature trees, but on Guadalupe Island fewer than 200 remain. The population on the mainland continues to decline, while on the island an increase has recently begun following the eradication of feral goats in 2005.

In chaparral on slopes with Adenostoma spp., Arctostaphylos sp., in ravines in the Upper Sonoran Life Zone associated with Acer sp., Rhus laurina, Quercus spp., and Arctostaphylos sp., also locally associated with Pinus radiata var. binata; often along intermittent streams on loamy, sandy, gravelly or rocky soils (or 'adobe soil') over sandstone or granite in full sun. The altitudinal range of var. guadalupensis is from 800 to 1280m and var. forbesii from 210 to 1400 metres above sea-level. The climate is a Mediterranean type with dry, hot summers and winter rain; with frequent fog on Guadalupe Island.

No uses are known of this species and its varieties. Only a few botanical collections in California (e.g. Rancho Santa Ana Botanical Garden) have grown this species successfully. It should be taken into cultivation more widely especially for reasons of ex situ conservation of the variety native to Guadalupe Island.

The main management issue for the conservation of this species is to reduce the current frequency and/or intensity of wildfires. The species is fire dependent for successful regeneration and establishment, but at a fire frequency that is closely balanced with other factors influencing the vegetation, and neither too frequent nor too infrequent. This may differ from sub-population to sub-population. Management on the uninhabited island of Guadalupe has its own difficulties. The feral goats there have now finally been eradicated.

Urbanization in southern California and adjacent parts of Baja California has brought an increased risk of wildfires and the prevention as well as the attempts to put these down or restrict them will be concentrated around urban properties, not in the first place populations of rare trees. Like its congeners in California, this cypress will regenerate after fire but there is a definite risk to survival if frequency or intensity of fires are increasing due to human impact factors. This increase is definitely happening on the mainland. On Guadalupe Island the feral goat threat has been removed, but chances of fire may increase as the island is more often visited by tourists than in the past.