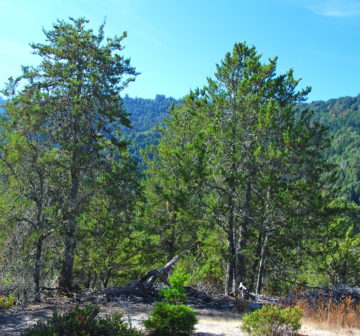 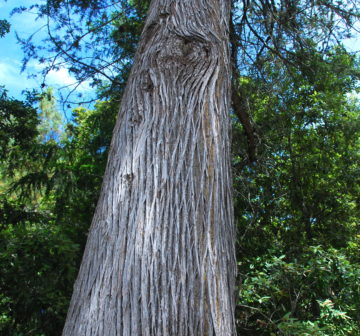 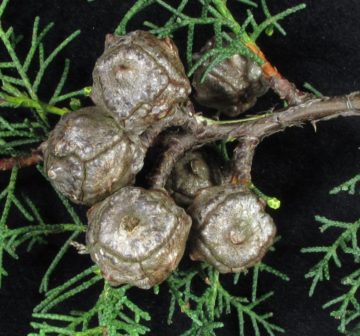 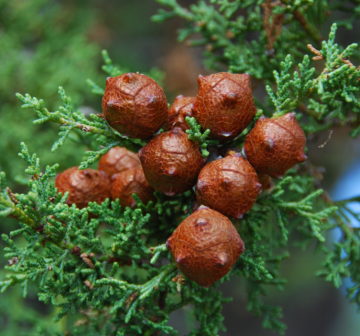 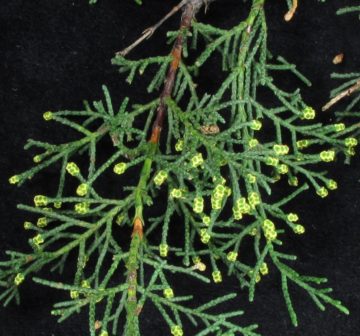 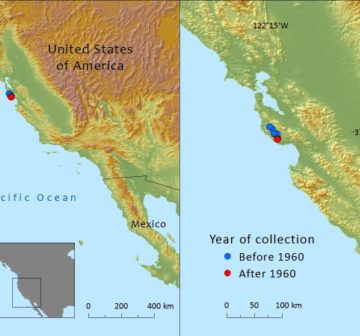 The largest subpopulation is partly within the protection of the Bonny Doon National Reserve. Other stands near Bonny Doon are found within private real estate, in both these stands and the part of the subpopulation within the national reserve there is protection from fires, which allows pine spesies (Pinus spp.) to outcompete Cupressus goveniana var. abramsiana. The very small stand at Eagle Rock only has a few individuals surrounded by chaparral so it is a high-risk stand. This is a rare variety with each of the four subpopulations thought to have fewer than 100 mature individuals.

No known uses or trade of this variety. It is possibly planted as an ornamental on some private properties in the area.

Both the estimated number of mature trees in the global population (<300) and the area of occupancy (16km²) take this variety close to Endangered, or within this category based on continuous decline. However, the extent of ocurrence (72km²) and the continuous decline inferred from the threats affecting a highly fragmented population place it as Critically Endangered under the B criterion.

The largest subpopulation is partly found within the Bonnie Doon National Reserve, however, the remaining subpopulations are outside any protected areas.
To prevent increased pressure from urban development and manage fire risks in a way that does not in the long term disadvantage this taxon.