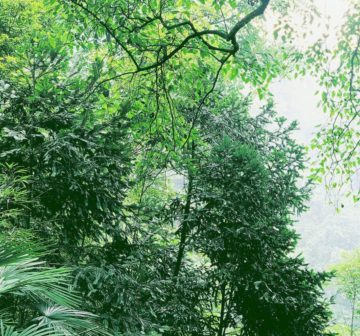 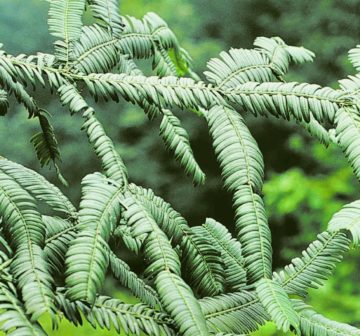 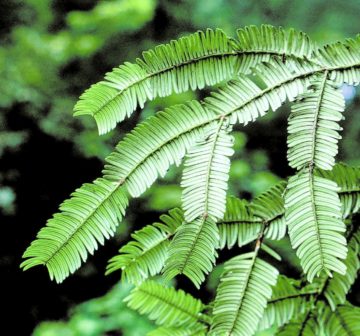 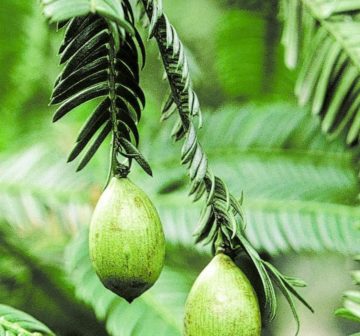 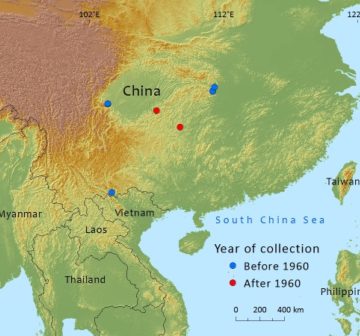 Has a widespread, scattered distribution and only occurs sporadically and never becomes dominant in the community.

Cephalotaxus oliveri occurs in subtropical evergreen and deciduous broad-leaved forests, coniferous forests, and mixed forests, at altitudes between 300 and 1800 metres above sea-level. As it apparently never grows taller than about 4m, it is an understorey shrub, occurring in the shrub layer mixed with several genera of angiosperms such as Rhododendron, Camellia, Cotoneaster, Deutzia, Lonicera, Berberis, Buddleia, Euonymus, Hydrangea, Prunus and many other species.

This shrubby species is being exploited for its bark (also twigs, roots and seeds), which contains anti-carcinogenic alkaloids, for medicinal purposes; it is also in cultivation as an ornamental shrub both in and outside China. It was introduced to Britain and the USA by E.H. Wilson but apparently has not been successful, probably due to cold winters.

This species has a very wide range and a very large population, but across the whole area it has experienced population reduction of more than 30% over the past three generations (at least 90 years) due to direct exploitation of the plant for medicinal purposes and the loss of habitat due to deforestation by logging and agricultural expansion. The reduction could possibly exceed 50%, but there is insufficient information to confirm this. The reduction is likely to continue, possibly at the same rate or even higher, but without further field evidence it is hard to justify this projection, hence this species is listed as Vulnerable based purely on the past declines.

This species has a relatively wide geographical range and broad ecological amplitude, yet it has suffered from widespread deforestation for agricultural expansion and logging of the forests for timber and fuelwood (bycatch) as well as direct exploitation for its bark and other plant parts (all ongoing threats). The clearance of forests has resulted in reduced regeneration of this species, it prefers shady areas for germination and growth. The species has low genetic diversity which also reduces its ability to adapt to changing environmental conditions.

Occurs in protected areas across its wide range. This is not a protected species in China. Further research is required on the population trends and threats to this species to determine if the population reduction is greater than 50% and if this is projected to continue at the same rate for the next 100 years.