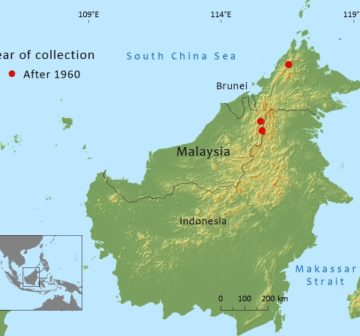 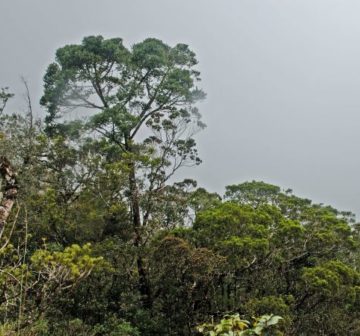 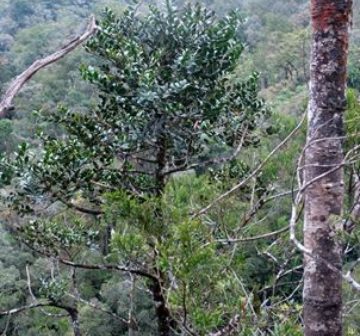 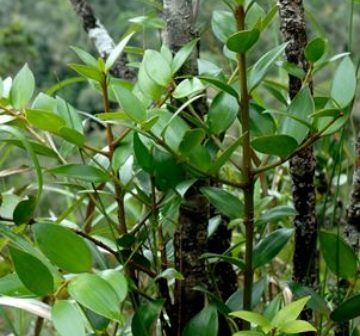 There are two disjunct small subpopulations of this species between which there is no genetic exchange due to distance. The Mt. Kinabalu subpopulation is presumed to be stable while the trend in the Mt. Murud subpopulation is likely to be downward due to logging and deforestation at least at its periphery.

Agathis kinabaluensis is found in upper montane forest, mossy low forest and subalpine scrub (at altitudes between 1500 and 2400m). It occurs on nutrient-poor substrates such as ultramafics, granite or sandstone.

This is a minor species occurring in remote mountain sites, if on ultramafic rock the trees are too small to be of interest for timber as there are other larger species of Agathis in the region. Some of the trees have been logged for local use.

Agathis kinabaluensis is currently only known from two locations. Although both are within protected areas, the relatively small size of their subpopulations and limited distributions make them susceptible to stochastic events. In addition there is some evidence of logging and forest clearance in the southern locality and from this a continuing decline is inferred. The small extent of occurrence (EOO=1,340 km²) and area of occupancy (AOO=90 km²) therefore place the species in the category Endangered. At the time of the first IUCN global assessment it was thought that the entire population was in Mt. Kinabalu National Park and was therefore stable.

The relatively small size of the two known subpopulations and their limited distribution make them vulnerable to stochastic events. In the areas surrounding Pulong Tau National Park Agathis spp. are used locally for house construction. Within the park, Agathis is used for building walkways for tourists (Pearce, 2006). The extent to which these activities have effected A. kinabaluensis is uncertain.