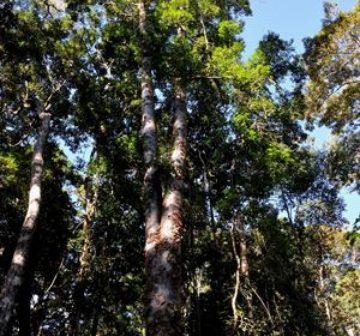 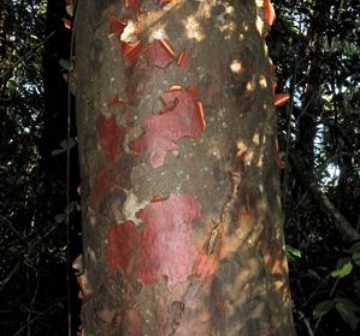 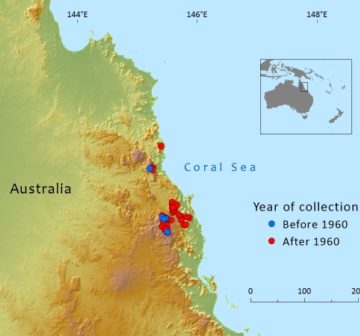 Restricted to the Cook District in the Wet Tropics Region of northeastern Queensland. The extent of occurrence is 2528km² based on recent herbarium specimens. The area of occupancy is unknown although the extent of the vegetation type (Simple microphyll vine-fern forest - Regional ecosystem 7.12.19) in which it occurs is estimated to be more than 10,000ha (Queensland Herbarium 2009).

Previously exploited for its valuable timber. Its longevity and large size may make it useful for dendroclimatology

The estimated current extent of occurrence is well within the threshold for Endangered under criterion B1. Logging has ceased to be a problem but recent reports of Phytophthora cinnamomi related dieback in some parts of its range indicate that continued monitoring of this species is required. On the basis of current information an assessment of Near Threatened is precautionary (almost qualifies for listing as threatened under criterion B1ab(v)).

Selective logging in the past has reduced the size of the population and limited its distribution. A dieback that may be caused by Phytophthora cinnamomi has been noted in a limited part of its range (Worboys 2006).  Invasive species are a potential problem where they suppress regeneration or encourage more  frequent fires. The Wet Tropics have been identified as an area that is potentially highly vulnerable to climate change (Steffen et al. 2009) but no assessment of this species' vulnerability to such impacts have been undertaken to date.

The majority of the remaining stands are within National Parks and other protected areas.