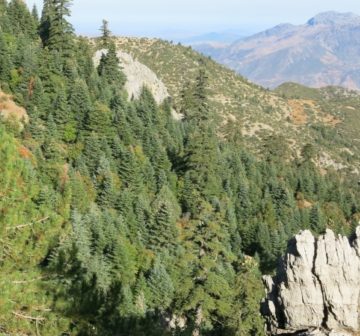 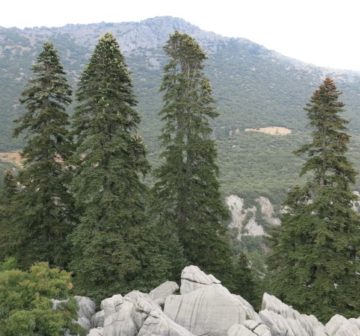 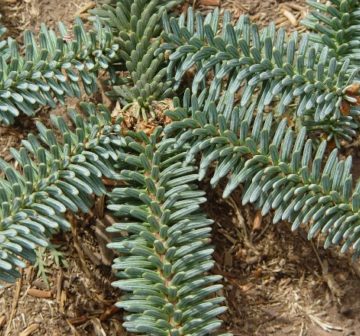 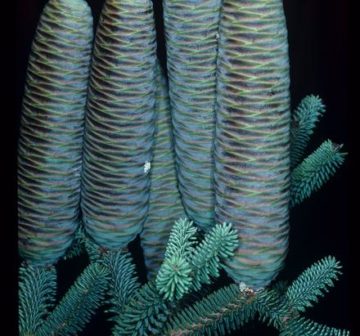 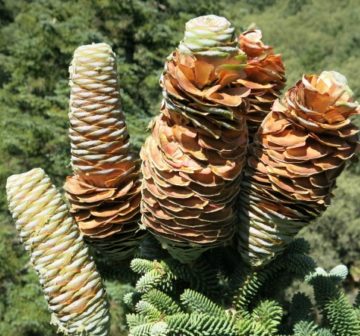 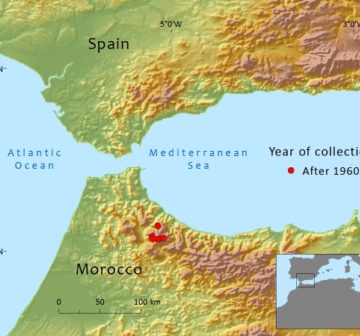 This is one of two varieties, the other being A. pinsapo var. pinsapo (treated on a seperate page), which is native to southern Spain.  The differencies between these two varieties is slight; in var. pinsapo the leaves are not arranged around the shoot pectinately but instead are arranged radially and perpendicularly from the shoot; the leaves (fully exposed) are normally obtuse at the apex. The female cones are much larger, 9–14 x 3–4cm.  A. pinsapo var. marocana is sometimes treated as a seperate species (A. marocana Trab.) and the population at Tissouka has been recognised as either A. pinsapo var. tazaotana (Cozar ex Hug. Del Vill.) Pourtet.

This variety is restricted to a small part of the Rif  Mountains in northern Morocco. The main stands are almost contiguous on the mountains of Sfiha Tell, Tissouka, Lakraa, Talassemtane, Bouslimane, Taloussisse, Fahs and Kharbouch. There is also an isolated subpopulation on Mt Tazaot. The estimated extent of occurrence is 75km² with an estimated area of occupancy of 28km².

The timber of the Moroccan fir has been used in house construction. Eessential oils obtained from the seeds of this species, are used in Moroccan folk medicine to treat respiratory complaints (Hmamouchi, 1999), the high proportion of limonene recently discovered in the oil means that there is potential interest for the perfumes industry (Based, 2006).

The Moroccan Fir underwent a 70% decline between 1938 and 1994 due to logging, fires and forest clearance associated with an increasing rural population, an expansion of agriculture and the cultivation of cannabis (Emberger, 1938; Boudy, 1951 and DPA, 1994 in Moore et al., 1998). In 1977 most of the forests on Jebel Tazaot was destroyed by fire. A second fire in 2002 damaged part of the remaining forest and there has been little regeneration since then (Esteban, 2010). Although the remaining stands are within a National Park, deforestation associated with cannabis cultivation  in the areas surrounding the fir stands remains a problem. While the extent of occurrence (EOO) is less than the 100km² threshold for Critically Endangered, there are two locations and the remaining subpopulations are not severely fragmented. The estimated area of occupancy (AOO) is 28km².