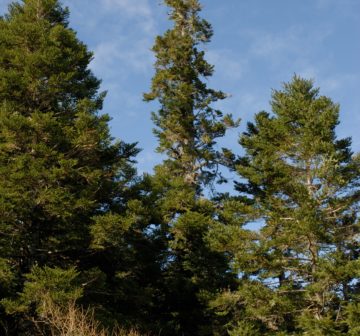 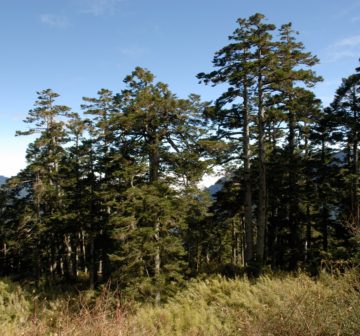 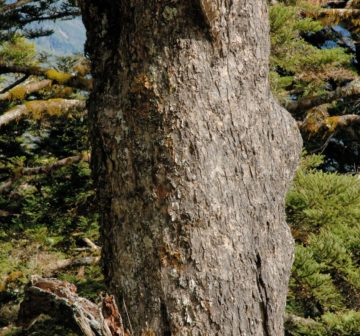 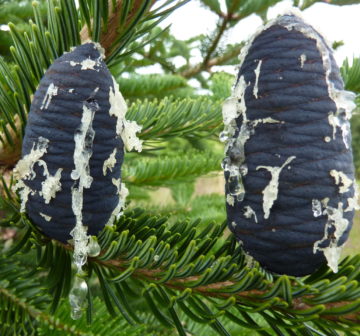 A high mountain species, occurring between 2,400 m and 3,800 m a.s.l. in the central high mountains of Taiwan. The extent of occurrence is approximately 2,900 km² while the actual area of Abies dominated forest is estimated to be 20,000 ha (Shih et al. 2007). It is known from seven locations. At elevations above 3,000 m this species is the dominant tree and can form large stands.

Grows on montane slopes in grey brown podzolized soils and also on mountain yellow earth, both acid and usually rocky. The climate is temperate, super humid: above humid subtropical foothills the annual precipitation exceeds 4,000 mm, with maxima up to 10,000 mm, making the Taiwanese central high mountains one of the wettest mountain ranges in the world. There are some pure forests on the N and NE slopes at these high elevations (3,200 m to 3,600 m a.s.l.), or the species occurs mixed with scattered Pinus armandii var. mastersiana, Tsuga chinensis var. chinensis, Picea morrisonicola, and with Juniperus squamata var. morrisonicola at the upper limit of Abies. At lower elevations the forest becomes progressively more mixed with broad-leaved trees, e.g. Acer insulare, Trochodendron aralioides, Quercus semecarpifolia subsp. glabra, Ilex bioritsensis, and Eurya spp. Other conifers in this belt are Tsuga chinensis var. chinensis, which becomes more abundant than Abies kawakamii between 2,400 m and 3,000 m a.s.l., Pseudotsuga sinensis, and Chamaecyparis obtusa var. formosana, which is more abundant below 2,400 m.

The timber of this species was formerly exported to Japan, where it was used for general carpentry. It is little used for this purpose today in Taiwan.

Abies kawakamii has a limited extent of occurrence and area of occupancy that are within the thresholds for Endangered under B1 and B2 criteria. Subpopulations could be considered severely fragmented and there are between five and ten locations when fire is considered as the main potential threat. However, as there is currently no evidence of a continuing decline, an assessment of Near Threatened is appropriate.

Logging of this species, which occurred mainly during the period of Japanese occupation (1895-1945), has ceased almost completely and substantial populations now occur within national parks and other reserves. Its limited distribution and occurrence in a mosaic with subalpine bamboo grassland makes it vulnerable to fires that could be caused by much increased tourism. Regeneration after fire can be very slow (Chou and Chen 2006).

Parts of the population of this species occur within protected areas