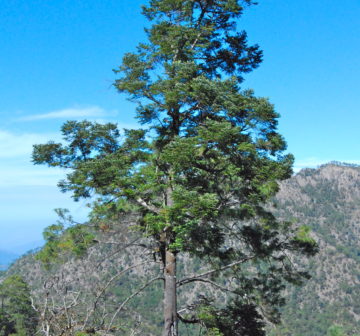 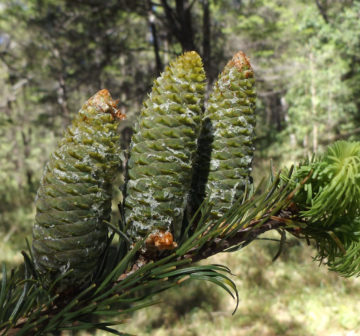 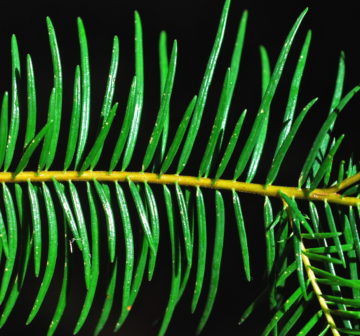 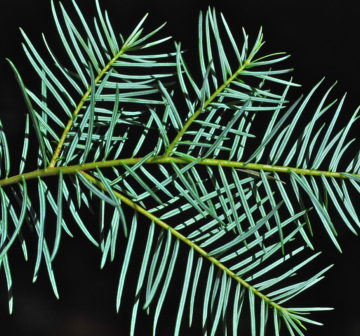 Endemic to Mexico where it mainly occurs in the State of Jalisco; Talpa de Allende. A single locality in the adjoining state of Michoacán has also been recorded. There are 11-12 localities and the area of occupancy is estimated to be about 48 km2, based on herbarium specimens and a 2 km grid. The extent of occurrence is about 15,000 km2.

It occurs in mountains at an altitudinal range of between 1,800–4,010 m where it is relatively cool and moist, and the climate is ‘oceanic', with most precipitation occurring as rain in summer or as fog all year round (Andersen et al., 2006). Abies guatemalensis is usually associated with several highland conifers, such as Abies religiosa, Cupressus lusitanica, Pinus ayacahuite, P. hartwegii, P. michoacana, P. montezumae and P. pseudostrobus. At lower elevations Arbutus spp., Juniperus spp. and Quercus spp. co-occur and open forest stands are dominated by Arbutus xalapensis, Baccharis vaccinioides, Cestrum guatemalense, Litsea glaucescens, Rubus trilobus, Salvia cinnabarina and Sambucus mexicana. Abies guatemalensis is usually sparsely distributed and monospecific stands occur rarely.

The straight stems and the relatively soft wood make the species highly valued by local woodcutters for various construction purposes but it is also used for making shakes, shingles, tools, traditional woodcarvings and for charcoal production (Standley and Steyermark 1958). A more recent utilization is the harvest of Christmas trees and greenery, i.e. branches for decorative purposes.

This variety has a very limited distribution in Jalisco and adjoining parts of Michoacan. Eleven to twelve localities are known with an area of occupancy (AOO) estimated to be about 48 km2. The extent of occurrence is about 15,000 km2. While there is likely to have been some exploitation it has not been quantified. In the absence of such information an assessment of Near Threatened reflects a precautionary approach (almost qualifies for listing as threatened under criteria B1ab(iii)+2ab(iii)).

As it is found at lower altitudes than the other varieties it may be more vulnerable to exploitation. Abies guatemalensis has a long history of exploitation as a valuable timber tree and for charcoal production, thus the remaining populations are restricted to a few remote mountain ranges with some protection in national parks or nature reserves (Andersen et al. 2006). However, illegal logging still takes place and a recent trend of using the species for Christmas decorations has become a market-driven incentive for poaching (Andersen et al. 2006).

The species is listed in CITES Appendix I.